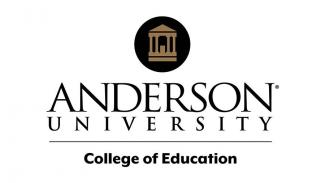 Professors from the Anderson University College of Education weigh in on recent funding to expand 4K kindergarten and what it means to children in South Carolina.

Professors from the Anderson University College of Education weigh in on news of recent funding to expand 4K kindergarten.

According to South Carolina First Steps, 54 percent of the state’s three and four year old children aren’t enrolled in preschool and 61 percent of kindergarteners aren’t ready for school.

Dr. Kimberly Penland, who chairs the Early Childhood Education program at the Anderson University College of Education, is hopeful that this funding will level the playing field for more children to attain academic success early on.

Penland also sees opportunities ahead for education majors considering kindergarten teaching. She points out that some Early Childhood majors have assisted in giving Developmental Indicators for Assessment of Learning (DIAL-4) assessments to  children to determine their readiness for kindergarten.

“Every one of our students—they come back and they’re like ‘wow, I had no idea about these things’ and, even in that realm, it’s going to help expand that knowledge,” Dr. Penland said. She sees 4K as a time where everything begins and wants her students to experience such an important time, or at least appreciate this crucial developmental stage.

“As the funding stream goes through, it’s been said that the dollars, for example, in Greenville County, will expand offerings,” said Dr. Jeremy Watts, department chair of graduate studies in the College of Education and a member of the board of First Steps for Greenville County. “So in essence there will be more 4K classrooms to become available, whether that’s in the public end or organizations that are not public that have access to the funding, so we might say that if there were 20 4K classrooms right now, that this may give us 30. So access would become broader to children and families.”

Dr. Dee Dee Washington, an Anderson University education professor and also a board member with First Steps for Greenville County, feels that with this funding, the state has taken the position that early learning is important. Washington, who previously served as a school principal, also pointed out that not all schools can devote physical space to more 4K classes. She also feels that 4K improvements should include transportation as needed by families of preschoolers.

Washington said, “While I’m very excited about the expanded funding, I am concerned that families of children who are at some risk have to know about presenting themselves for screening and then being involved with a school in the public school district.”

“It’s a huge chunk of change, but when you start thinking of all the places it’s got to go, it’s going to be interesting to see how they handle it,” Dr. Penland said.

“Allocation and distribution of funding are still in process. It may take some time to see the full effect of the funding on the local level, however, this is a long-term investment in early development that many educators and society should be excited about,” said Dr. Mark Butler, dean of the College of Education.