The show's about to start

Backstage the crew of Big Fish is making sure that each actor has the appropriate mic according to the plot, and that scenery is ready to be moved quickly into place. Actors are warming up, the "giant" is strapping on his stilts, and the Assistant Stage Manager is about to call "Five minutes until places!"

Outside a crowd of hundreds gathers in Henderson auditorium to see the performance. Meanwhile, theatre department students and staff have already begun planning a futuristic performance of Shakespeare's Othello to be held in the smaller Belk Theatre, and the Student Studio Series is planning several collaborative endeavors directed and produced entirely by the students.  We work hard in the Theatre Department at the South Carolina School of the Arts.  Everyone probably stays a little too busy— or maybe a lot too busy—but we love it!

The voice lessons and music theory classes can be tough, taking notes after rehearsal requires putting aside ego, but in the end, we see significant progress and so does our audience.  During the applause, we point upwards to acknowledge our Lord after each performance, then we point to those who have been working behind the scenes in the tech booth and finally we enjoy taking a bow.  It's a good way to do "show business!" 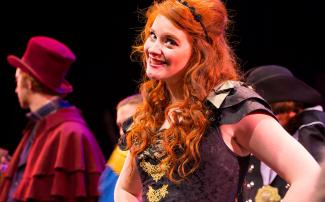 The BA in Theatre major provides you with a comprehensive, hands-on education in theatre within the context of a liberal arts education. After completing a rigorous core of theatre courses, you have the flexibility to choose specialty courses based on your interests and career aspirations. You’ll receive a well-rounded educational experience, from academic pursuit in theatre history to creative participation in design, direction, and performance. 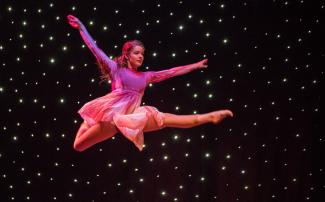 Understand, utilize and master fundamental theatrical and dance skills, cultivate team-building and leadership skills and achieve a level of confident, independent expression in the dance medium. 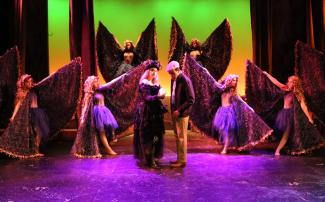 This is where your talent, skills, and independent expression turn into enchantment on the stage. You will learn to create exciting theatrical environments filled with costumes, scenery, lights, properties, and sound. Our professional design faculty teach you how to make it happen in our shops, in the rehearsal hall, and in the classroom. You will have hands-on opportunities to practice your chosen craft and experiment with others you never imagined. 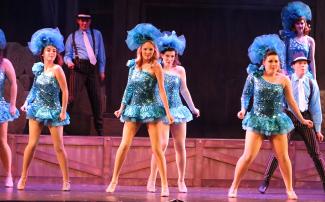 This exciting and cutting-edge degree is designed to prepare students for a professional career as a “triple threat” in musical theatre or for admission into an advanced degree program. Our professional performance faculty will challenge you with rigorous, specialized training in acting, dance, voice, and musicianship. Onstage opportunities are abundant in our two fully-produced musicals each year, as well as in class and studio performances. 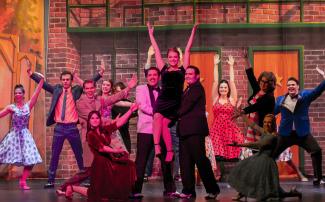 Under the hands-on mentoring and rigorous demands of the professional acting faculty you will be challenged to become well-rounded and daring theatre artists. In this program you will learn not only the basic principles of acting, but also the most advanced and innovative approaches. Opportunities to hone your craft on the stage are plentiful and we pride ourselves on providing high-quality training to prepare you for a life in the theatre or further study at the graduate level.