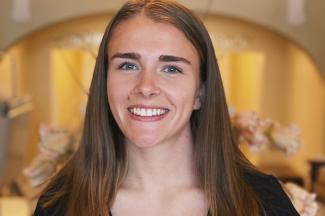 Soccer players from around the world have worn the Trojan uniform over the years. Now, one soccer alumna is assuming a leadership role in women’s soccer for her home country.

In January 2022, Fanny Karlsson, a 2021 graduate of the Anderson University College of Business and women’s soccer alumna, will be head of women’s soccer in her native Sweden for Athleticademix, an organization that offers expert guidance and advice to student-athletes seeking to study and play in Colleges in the United States. Athleticademix is composed of former college athletes and college coaches who have experienced this process firsthand. Karlsson feels privileged to help young soccer players come to the U.S.; she also is blessed to be working alongside Robin Hals, who helped her come to Anderson University.

In Sweden, Karlsson grew up around soccer. Her father, an avid soccer player, got her started playing at a young age, and she’s been playing ever since. When she was in high school, Karlsson was fascinated by players who returned from the United States after playing soccer there, and wanted that experience for herself.

When Karlsson arrived at Anderson University, she discovered a sense of community where she got to know her teammates and coaches, as well as her classmates and professors. She admits that she was shy at first, given the cultural and language differences, but quickly gained a sense of belonging and had fun getting to know people and American customs while at Anderson. In addition to her academics and soccer, Karlsson got involved in Anderson University’s International Students Organization (ISO) and became involved in several leadership roles.

“In the beginning I was just dragged along. A Danish girl on the team was like ‘oh, there’s free pizza tonight,’ and I came with her and was like ‘oh, I know all these people; they’re on the soccer team,’” Karlsson said. “You have these other people around you going through the same thing; You have no parents or family around; so I think those are two really big things that I take with me–relationships I’ve made over my past four years. I loved it from the beginning to the end and I would do it all again if I could.”

Ann Themistocleous, director of the Anderson University Center for Global Engagement, said, “A true academic, Fanny is a wonderful example of how dedicated our international students are to the Anderson family. As a student-athlete, she worked in the Center for Global Engagement as a Global Ambassador and also served as the president of the International Students Organization. While president of the ISO, Fanny implemented events and activities which were designed to support the integration and cross-cultural engagement of our international students with the local and larger campus community. We are proud of the legacy she has left as an international alumni and are incredibly proud of her executive position back in her home country.”

Since graduating from Anderson University and returning home, Karlsson has continued her involvement in a Swedish soccer club, Remsle UIF, where she both plays and coaches a young team.

When in her new job, Karlsson looks forward to helping girls find opportunities to play and study in the United States, guiding them through each step as they seek a place that’s right for them.

“We play a huge part in the guidance of picking the right college, to get the best type of scholarship for the person… It's finding a good fit. In Sweden, tuition is free, so obviously no one has put away money to prepare (for college), so academics and the actual soccer scholarship plays a huge role with all internationals. I hope to send some girls to Anderson; that’s my goal,” Karlsson said. 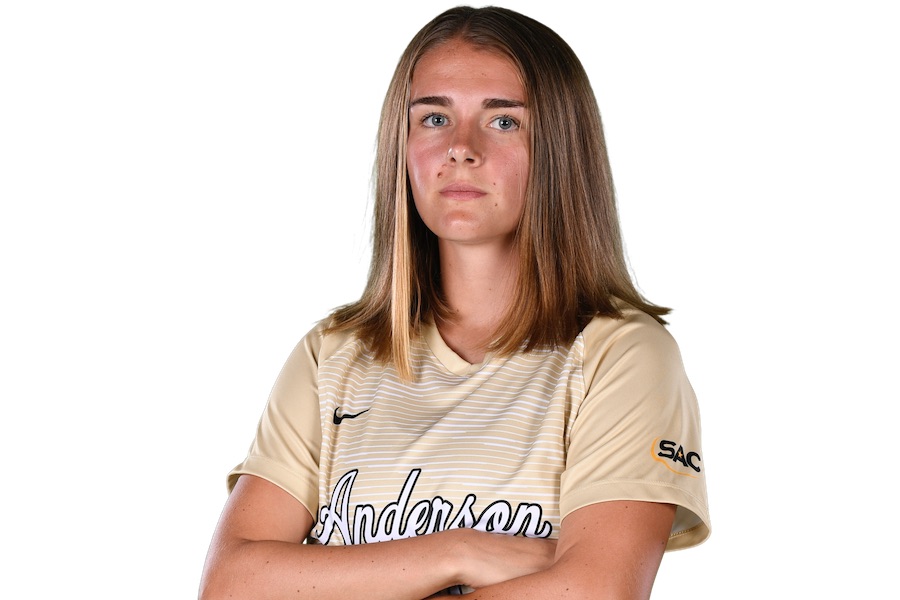