Twin Sisters, Both Graduates, Win Teacher of the Year Awards 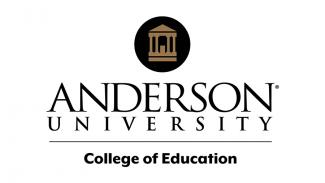 Anderson University College of Education alumni Fran Clary and Leslie Schumpert are both teacher of the year award-winners at their respective elementary schools.

Twin sisters Fran Clary and Leslie Schumpert pretended they were teachers together when they were kids.

It’s no longer pretend. Nor is their individual success.

After graduating from the Anderson University College of Education and becoming professional educators, Clary and Schumpert are being celebrated for excellence in the classroom: the sisters are both teacher of the year award-winners at their respective elementary schools.

As twins, Clary and Schumpert were inseparable throughout their childhood. Schumpert said that their grandfather encouraged them always to stick together, and they took his words to heart—even when it came time to choose a college.

They both fell in love with Anderson University, majoring in elementary education and serving as cheerleaders for the Trojans for three years.

Schumpert said she and Clary never even thought about pursuing anything other than teaching. At Anderson University’s College of Education, they found a close-knit community that equipped them for the classroom.

“The professors were really able to make a connection with you and help you through college life,” Clary said.

“When I was in college, I never planned a lesson by myself,” Schumpert said. “I always had a great group of friends. We were a family; we helped each other out.”

After they graduated in 2002, Clary and Schumpert moved to Columbia, and taught at the same elementary school for a couple of years. Life eventually led them to different corners of South Carolina.

Last year, Schumpert was W.E. Parker Elementary School Teacher of the Year, where she teaches third grade in Edgefield, South Carolina. She was recognized for her patience and understanding with students, and for building relationships in the classroom.

Just a year later, it was Clary’s turn. A fourth grade teacher here in Anderson, she is the current Concord Elementary School Teacher of the Year. She said that the award represents a teacher who loves and cares for her students and constantly seeks to be a learner herself.

Clary and Schumpert are both married now, and they each have two daughters. Clary has 11-year old twins, and Schumpert has girls aged six and nine—and both love to play teacher.

Although Clary and Schumpert live nearly two hours apart, they still talk on the phone every day.