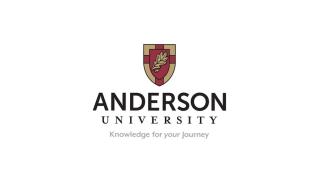 Anderson University has hired its first inside legal counsel, who will serve on the University's senior leadership team.

One of Upstate South Carolina’s most highly regarded and respected attorneys has been hired as the new Anderson University Vice President and University Counsel and will serve on the University president’s senior leadership team.

Reginald M. Gay (Reggie), most recently office managing partner for Burr & Forman, LLP, in Greenville, graduated with his Juris Doctor from the University of South Carolina in 1987 and has served in a legal advisory capacity to the University for over 20 years.  He previously worked for Watkins, Vandiver, Kirven, Gable and Gray until its merger with McNair Law Firm in 2002, which later merged with Burr & Forman in 2019. His depth of legal experience includes labor and employment law, contracts, workers’ compensation, litigation and appellate advocacy. In his over 30-year career in law, he has advised and represented numerous business and governmental clients and frequently spoken on employment related issues throughout the state.

“The University’s growth and complexity necessitate the addition of full-time legal counsel to our leadership team,” Dr. Whitaker said. “No one is better suited for this role than Reggie Gay. His broad experience and expertise, his character and other strong personal attributes and his proven dedication to the mission of the University and the advancement of the Upstate make him the obvious choice for this important new role. We welcome him to our team, and we look forward to working with him for many years to come.”

Gay is listed in “Best Lawyers in America” for 2019-2020, was named an Anderson Independent Mail “15 Over 50” award winner and was twice among Greenville Business Magazine’s “Legal Elite of the Upstate.”

“I am excited to be an official part of the Anderson University family,” he said. “Through the years I have seen the passion and commitment of administration, faculty and staff to provide the best learning experiences possible for its students. I believe in the University’s mission and look forward to helping the University grow.”

In this key role, Gay will be responsible for Anderson’s legal affairs and risk management, among other areas, and will serve as legal advisor regarding Title IX functions.

A 30-year resident of Anderson, Gay is committed to the local community and charitable activities including the Upstate South Carolina Alliance; the Anderson Area Chamber of Commerce; the South Carolina Chamber of Commerce; the Salvation Army Boys and Girls Club of Anderson; the Anderson Rotary Club; the Foothills Alliance; and the Foothills United Way.

He and his wife, Sharon, are members of St. John’s United Methodist Church in Anderson. They have a daughter, Catherine, who now lives in Mount Pleasant. He will begin his new role on January 20.