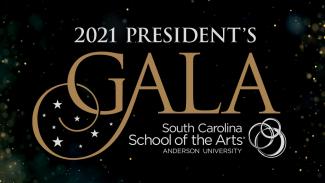 “I love helping other people create their vision,” said Davy Grace McGuirt, who brings a servant-leader approach to managing the many moving parts of The President’s Gala and several other productions of the South Carolina School of the Arts at Anderson University.

McGuirt is graduating in May with her B.A. in Theatrical Design with a specialization in Stage Management.

(The President’s Gala takes place April 23 and 24 in the Henderson Auditorium of the Rainey Fine Arts Center.)

“This show has such a special place in my heart for so many reasons. This is my senior year, so this is my last Gala as a student,” said McGuirt. “My major is in Theatrical Design; specifically my emphasis is in stage management, and then I also dabble a little bit in directing and I work for our costume designer on campus. Actually for this year’s Gala, I’m not only the production stage manager but also I’m the assistant costume designer. Then I have a minor in Psychology and I’m also in our honors program. When I tell people what I’m studying about half of them go ‘Those two things don’t go together’ and the other half goes ‘That must be super helpful.’”

Psychology has indeed come in handy for McGuirt, who has worked with upwards of 400 individuals at a time.

“My intention is always to make a process as smooth as it can be for everyone involved. At some point it’s inevitable that people are going to be frustrated, going to get angry and things go haywire; so the response you have when something unexpected happens is really what makes the difference,” she said.

“She is stage manager extraordinaire and has been for about two and a half years in the theatre program doing major musicals that honestly are much more complex than the President’s Gala,” said South Carolina School of the Arts Dean Dr. David Larson. Dr. Larson added that McGuirt is highly organized and people love working with her on productions. She’s also a founding member of the Kennedy Center American College Theater Festival (KCACTF)  Region IV Student Advisory Council.

McGuirt was first drawn to theatre as a teenager. While many youngsters catch the acting bug, she was intrigued by what goes on behind the scenes.

“I first found theatre in my freshman year of high school. I was at a brand new school and hadn’t made a ton of new friends, so I decided I knew a few people who were involved in theatre—why not go see what that’s about,” McGuirt said. “I walked in, (but) they already had auditions and the show was cast. I talked to the director and said ‘I’m new here and I want to help.’ She put me on a run crew backstage. During the run of that first show, our stage manager injured himself in the middle of our run, so the assistant stage manager took over. I kind of got promoted in a sense on my first show and I just loved it.”

Doors continued to open for McGuirt, who also performed as an actor. Her talents running things backstage were a better fit, she said. When McGuirt first saw The President’s Gala at Anderson University, she was dazzled by how the South Carolina School of the Arts could combine elements of music and theatre into such a polished showcase.

“I remember walking into my advisor’s office the next Monday and I said ‘Hey, can I do this? I’m really intrigued with how this works.’ She was very open with me about how having more theater students who want this as a career would help,” McGuirt said.

She began her work on the Gala under Dr. Chris Hansen, assistant professor of music, who was directing at the time.

“Last year when the Gala was about to happen, she was my stage manager the whole year. We had planned an entire Gala and it went away because of COVID,” Dr. Hansen said. “This year when we talked about doing the Gala but differently, I passed the torch onto my colleagues. I immediately said Davy McGuirt needs to be the stage manager still.”

Cordoba said he doesn’t know what they would do without McGuirt’s efforts.

“Davy is doing an absolutely outstanding job on the Gala,” Dr. Cordoba said. “She has been a consummate professional, is incredibly organized and has been a joy to work with.”

“I have worked many shows over the past 30 years and she is definitely one of the very best. Her attitude is positive. She motivates everyone without being demanding. She is kind and gracious,” Wehunt said.

Coming back after a pandemic-imposed hiatus, The President’s Gala will have a different look, but will be no less impressive.

“The COVID restrictions are unique,” McGuirt said. “I don’t consider them a challenge because it’s ultimately creating a more intimate show. It feels more special in a sense because it is a smaller group of musicians, a smaller group of soloists, so it feels like it’s our gift to the University at a time where things haven’t been normal. Our goal is to make it feel as much of a celebration, as much of a normal event as possible. I think we’re going to achieve that even though it’s a smaller cast.”

For McGuirt, theatre is more than just a profession. It’s a calling.

“Theatre was the only thing I really felt called toward and I thought it was such a big ministry opportunity. I think artists are some of the most creative and inspirational people, but they have some really deep struggles,” McGuirt said. “Things have happened every year where I see what God is doing.” 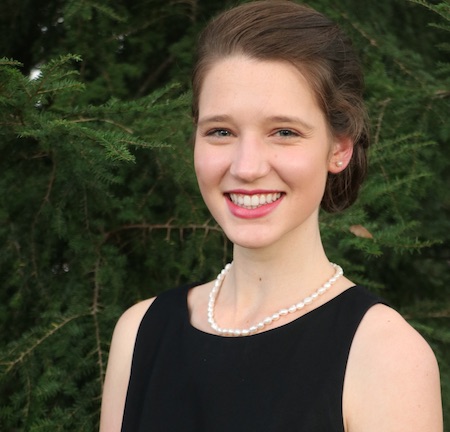 McGuirt plans to continue working in theatre and hopes to someday work in New York City, or maybe overseas in London.