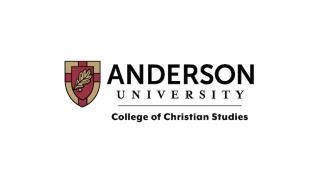 A new center for the Study of African-American Preaching will be launched by Anderson University’s Clamp Divinity School, according to an announcement at a national conference for African-American church leaders.

The announcement was made by Dr. Michael Duduit, Dean of the Clamp Divinity School, and Dr. Dante Wright, assistant professor of preaching and pastoral ministry and director of the new center. News of the center’s launch was presented at the E.K. Bailey Preaching Conference in Dallas, an annual event attended by more than a thousand African-American pastors and ministry leaders.

The Center for the Study of African-American Preaching will have two missions: developing significant new scholarship regarding the use of preaching in the Black church, and creating a publicly available online library of audio recordings of well-known African-American preachers.

Speaking to the gathering of church leaders, Dr. Duduit explained that “we face the possibility of losing the voices of many of the great preachers of past generations because the physical recordings of their sermons and lectures are in danger of being scattered and ultimately disintegrated as they age.” The center will gather such audio recordings and digitize them, then make them available to listeners online.

The Center for the Study of African-American Preaching is being launched in conjunction with a new PhD in Preaching degree program that will be offered by Clamp Divinity School beginning in August. Dr. Wright, who will direct the new Center, will be one of the faculty members who will be teaching in the Ph.D. program; he also serves as pastor of the Sweet Home Baptist Church in Round Rock, Texas, in addition to his work with Clamp Divinity School.

Dr. Wright shared with the pastor’s group ways that they can be involved with supporting the new center, including assisting in gathering strategic recordings to be added to the library, and providing financial support which will help offset the cost of digitizing several thousand sermon recordings and making them available to an international audience. The website for the Center can be found at www.AAPreaching.com.

In addition to the new Ph.D. in Preaching and the Center for the Study of African-American Preaching, Clamp Divinity School sponsors a variety of tools and resources in the area of preaching, including publication of Preaching magazine, production of Preaching Now, a weekly newsletter read by more than 12,000 church leaders, and sponsorship of the annual National Conference on Preaching.

Established in 2009, Clamp Divinity School offers a variety of masters and doctoral degree programs for ministers and church leaders. The School has grown to more than 200 students who represent several denominations and multiple states. African-American pastors make up more than 50 percent of the divinity school’s enrollment.

“We believe this Center will be a major academic benefit for Anderson University and will be a tremendous blessing to the church today and in the future,” Dr. Duduit says. “The African-American pulpit represents some of the finest biblical proclamation in our nation’s history, and this program will allow us to better understand its nature and impact as well as to share these important voices with new generations.”

Details about The Center for the Study of African-American Preaching can be found online.