Former Trojans to be Inducted into Athletics Hall of Fame

Seven former Trojans are scheduled to be inducted into Anderson University’s Athletics Hall of Fame as part of Homecoming Weekend and Family Weekend in late October.

Bishoff, a cross country and track & field standout whose collegiate career spanned two years in Conference Carolinas and two years in the South Atlantic Conference, wasted no time in making an impact on both the regional and national levels.

Former baseball standout Blair Carson was a gifted, all-around standout on the diamond for the Trojans for four seasons (2006-09), while seeing action as a pitcher, first baseman and as an outfielder. Carson capped off his collegiate career in 2009 by being selected as a pitcher by the Cincinnati Reds in the 2009 MLB Draft.

Four-year men’s basketball starter and Anderson native Clay Huggins left as the school’s all-time leader in scoring, rebounding, assists, steals and minutes played after leading the Trojans to 18 victories during the 2001-02 campaign, which was a record for the four-year program.

Deidra Langston, who is synonymous with Anderson University women’s basketball, led the Trojans to their most successful four-year span in school history (2003-2007).

Steve Lytton had a successful stint as Anderson’s head men’s basket- ball coach in the 80s and 90s. A native of Statesville, N.C., Lytton began his coaching career in 1985 and went on to lead Anderson to six 20-win seasons and several appearances in the top-10.

Perhaps saving his best for last, Anderson wrestler Careef Robertson started his junior season with six consecutive victories and later wrapped up the campaign with 15 straight wins, while winning the National Championship at 174 pounds—Anderson’s first title as a member of NCAA Division II—and finished his career with 70 wins and just 24 losses.

He joined the Furman staff as an assistant coach in the fall of 2018 and his presence was felt immediately, as the Olathe, Kan., native helped the Paladins to a school-record 25 wins, the school’s first national ranking in the Associated Press Top 25 (No. 23), and they were tabbed as high as No. 6 in the College Insider Mid-Major Top 25. Furman capped the 2018- 19 campaign with a berth in the National Invitation Tournament after notching victories over reigning national champion and 2019 Big East Champion Villanova and brought home a road win over 2018 NCAA Final Four participant Loyola Chicago.

The Paladins were ranked in the College Insider Mid-Major Top-25 throughout the pandemic-shortened 2020-21 campaign, and wrapped up the season with a 16-9 overall record and finished 10-5 in the SoCon. 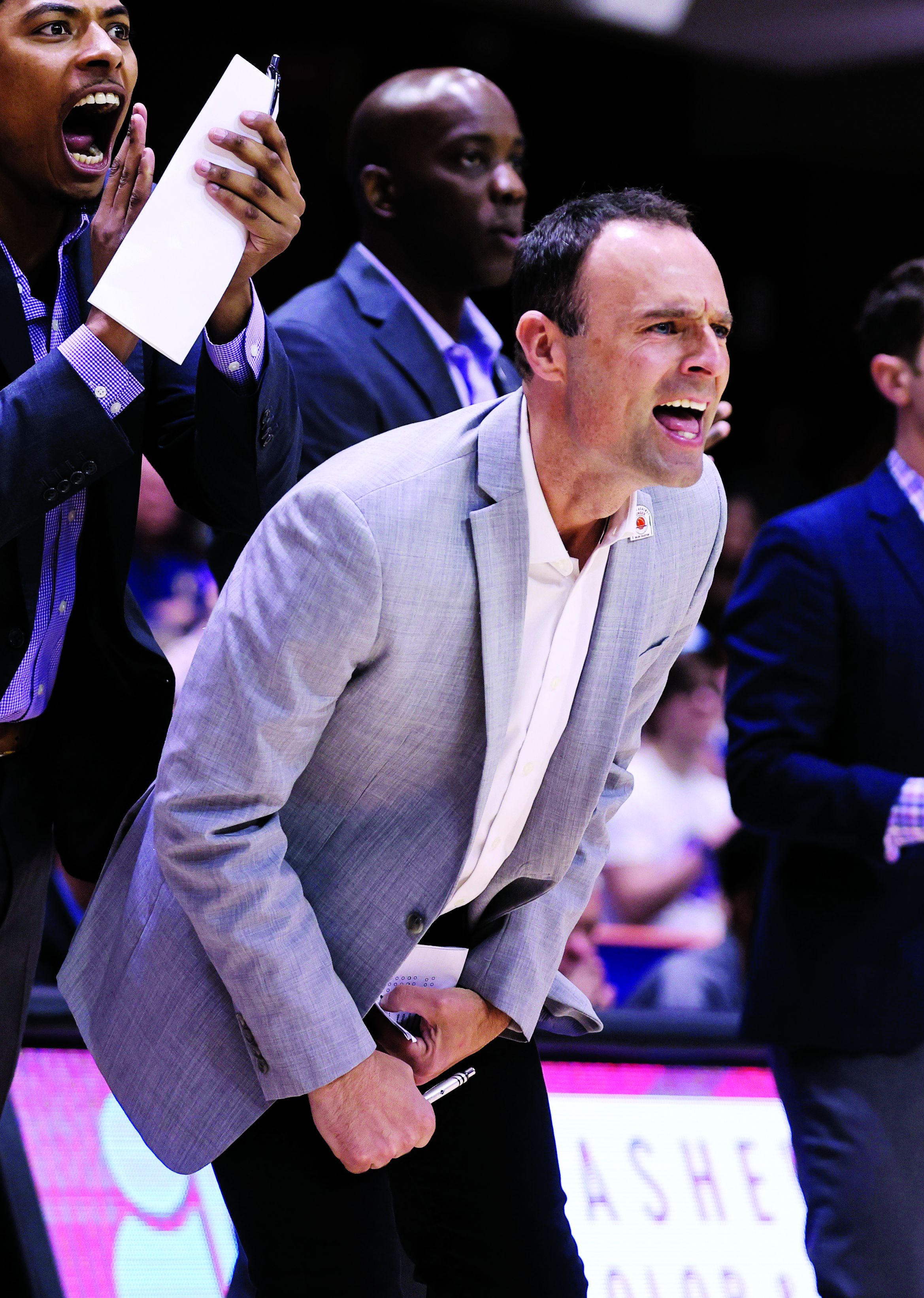 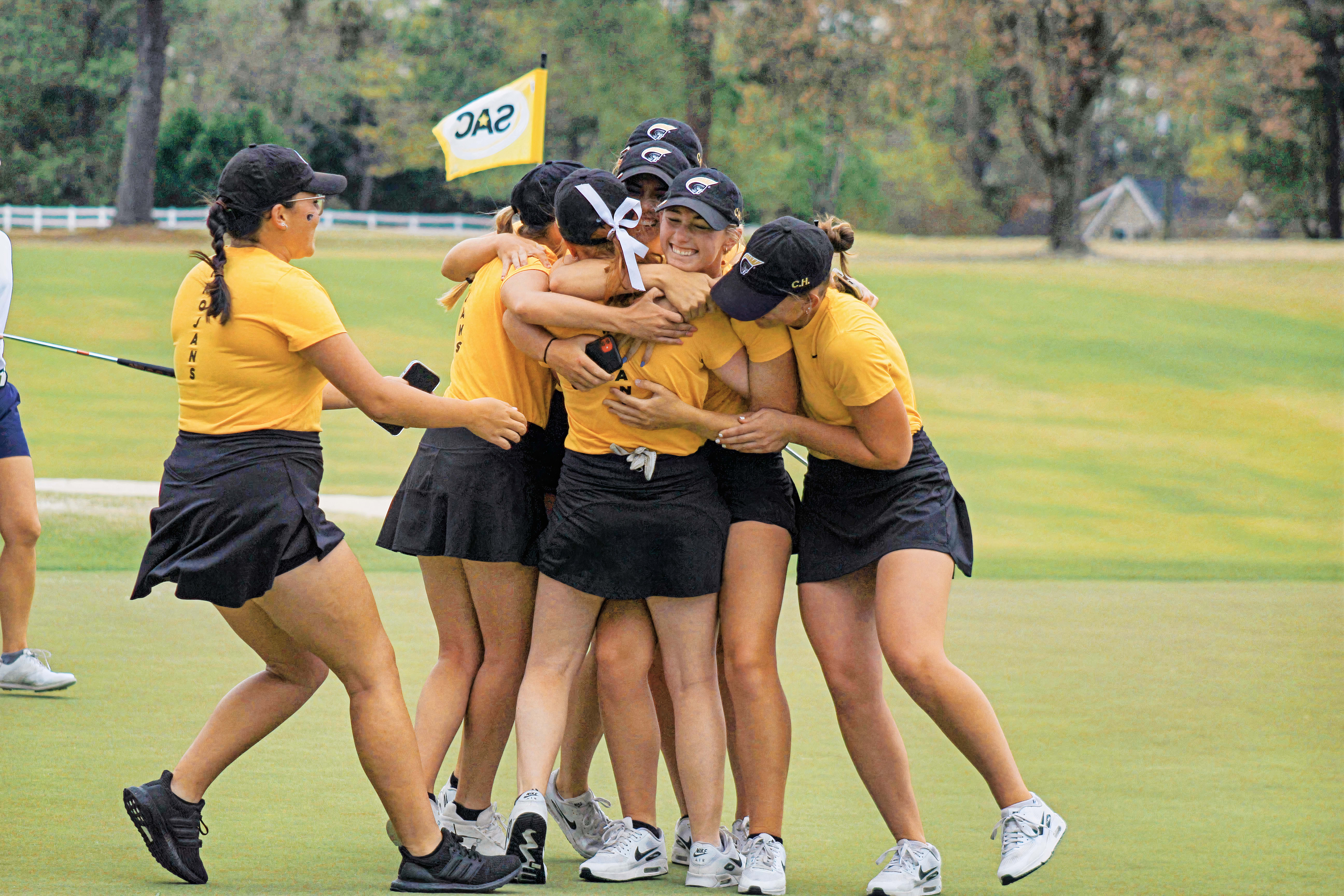 In a season overflowing with “firsts,” the Anderson University women’s golf team capped off its historic 2021-22 campaign by earning the program’s highest national rankings in school history and with all five starters finishing the year ranked in Golfstat’s Top-100 for the first time.

After becoming the first team to make an appearance at the NCAA National Championships and reaching the Final Four, the Black and Gold finished as the consensus No. 4-ranked team in America—by both Golfstat and the WGCA.

During its record-setting run to Gainesville, Ga., the 2021-22 edition of Trojan women’s golf made its third consecutive appearance in the NCAA South Region Championship, earned three tournament championships, including a second South Atlantic Conference Championship title in three years and posted five runner-up performances against arguably the toughest fields in the nation.

The team either set or equaled the top-20 single-round scores in program history and recorded eight of the top eleven 54-hole scores, including the seven lowest in school history, while team members hold or have matched the top five rounds in program history, with Lamb firing a pro- gram-record 66 (-6) in the final round of February’s Lady Moc Classic.