The Japanese have been ‘forest bathing’ for 40 years. One Anderson University professor is studying the biblical roots–and effectiveness–of this natural way to combat stress.

Academics called it the Japanese miracle.

Emerging from the devastation of World War II, Japan underwent a social transformation that, by the end of the 20th century, made the island nation one of the world’s preeminent economies. As is the case with any complex phenomenon, there was no singular reason. But many academics pointed to the extraordinary work ethic of Japanese laborers as a factor; by 1988, a survey conducted by the Japanese government revealed that nearly a quarter of male employees were putting in more than 60 hours of work per week.

Needless to say, there were unintended consequences.

For example, consider the case of a 34-year-old manufacturer working an average of 110 hours per week who died of a heart attack. A 37-year-old bus driver had a stroke after 15 consecutive shifts without a day off during a year in which he worked 3,000 hours (compared to a typical 2,000 hours a year.) Another man went way above that—the year he turned 58 he worked more than 4,300 hours. But the result was the same. He died of a stroke also.

These unexplained and unexpected deaths were so common the Japanese had a word for it: they called it karoshi. (A rough translation means “overwork death.”) It wasn’t the only new word coined in Japan around that same time.

Another was shinrin-yoku. Translated into “forest bathing” in the west, it refers to the practice of spending time in nature as a way to reduce depression and stress. Thus, shinrin-yoku was seen as an antidote to karoshi—a healing balm for the pressures of a modern world.

"Forest bathing is the practice of mindfulness in outdoor settings, primarily forests. It’s basically spending time in a forest immersing yourself in the sights, sounds, smells and textures of a natural area for the benefits of relaxation and calming the stress response. There is a substantial body of research that supports those claims." 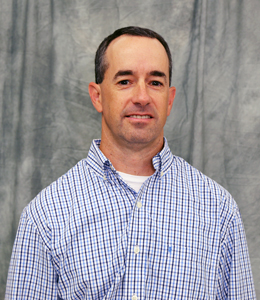 It may have taken until the late 20th century for that modern world to understand the restorative power of creation. But God knew it all along.

Dr. Travis (Rocky) Nation, a professor with the Anderson University College of Arts and Sciences, understands it too–which is why he and his students are determined to find a natural solution to combating emotional turmoil.

On the majesty of creation, the Bible is not silent.

In its opening chapter (Genesis 1:31), God pays the ultimate compliment to what he created, calling it “very good.” In one of his many poetic responses to the earth’s beauty, King David wrote, “On the glorious splendor of your majesty, and on your wondrous works, I will meditate.” (Psalm 145:5.) More well-known, of course, is how David explained God’s restorative prescription: “He makes me lie down in green pastures; he leads me beside still waters; he restores my soul.” (Psalm 23:2)

David’s words are sorely needed today. We’re facing and processing unprecedented challenges posed by a global pandemic, increased conflict globally and personal crises that hit close to home. Added to the mix are ever-present phones and tablets; when they’re not barraging us with notifications, they’re skewing our perception of reality. At the same time, people who help others, whether in education, healthcare, public service or the military, are facing attacks on many fronts.

“Several years ago I had come to the realization and acknowledged that stress and anxiety were friends or acquaintances. It’s probably something that had been there for a really long time. I never really dealt with it,” Dr. Nation said. “Finally, like it does with a lot of people, it came to a head and—long story short—I ended up in the emergency room. It was just kind of a reckoning time, an assessment of what I was doing and what do I needed to work on.”

It’s a given in life that there are always going to be things out of our control. That said, Dr. Nation focuses his studies on the best ways to respond when things go wrong.

“The big overarching message is that stress is universal; you can’t run from it, you can’t eliminate it, but you can learn to manage it,” he said. “One of the big central themes is the concept of resilience and being able to respond to disturbances and stressors and returning to some normal, healthy state.”

For much of his life, Dr. Nation has enjoyed being outdoors. He feels anyone can benefit from intentional time spent outside. With his students, Dr. Nation studies how individuals’ heart rate and blood pressure are affected by spending increased time outdoors.

“Forest bathing is the practice of mindfulness in outdoor settings, primarily forests,” he said. “It’s basically spending time in a forest immersing yourself in the sights, sounds, smells and textures of a natural area for the benefits of relaxation and calming the stress response. There is a substantial body of research that supports those claims.”

Whether referred to as forest bathing or something else, the concept, Dr. Nation explains, is really an old idea found in a lot of cultures and traditions, including Old Testament and New Testament scripture.

“I think it really is kind of a universal experience that being outdoors is good for you,” he said. Taking his class outdoors to the nearby Rocky River Nature Park, he’s conducted research with his students. Students would sit in folding outdoor chairs and do nothing but take in the sights and sounds.

“We’d do a set of measurements. Even after 20 minutes, it’s pretty remarkable. You see an average drop in heart rate and blood pressure and increase in heart rate variability,” he said. Dr. Nation advocates that exercise, a healthy diet and disconnecting from devices (phones, tablets, computers) helps individuals become more resilient under pressure.

He established Carolina Wilderness Renewal (carolinawildernessrenewal.org), an organization offering programs aimed at helping those who help others by promoting the therapeutic value of nature. He hopes to make presentations during seminars, continuing education and professional development activities. He also hopes to publish a book.

“The wheels of creativity started turning and I came up with this idea to start a project to talk about stress and physiological aspects of it, but also how to manage it all in the context of being outdoors and incorporating some of those elements of forest bathing or ecotherapy. I tend to refer to it as nature-based stress management,” he said.

So, what are some things anyone can do?

Dr. Nation says the simple act of going for a walk introduces the element of exercise.

“There’s a whole lot of research that suggests there’s something about being outdoors, whether it’s away from man-made noise or the actual parts of the environment, like colors and textures and sounds that have been demonstrated to knock down those stress responses. Just going for a walk in a natural area, even if it’s not a wilderness area, can have therapeutic benefits. There are tons of papers that show that. Just going for a walk sometimes 15-30 minutes is good. Even more is better,” he said.

“This isn’t a silver bullet. It’s not a cure-all. You’re not going to cure certain illnesses by spending 30 minutes a day outdoors. It’s good for you and it can help eliminate some of the issues we have. But it’s fairly easy, it’s fairly accessible and it’s free.”