There are six facilities used by theatre students including the intimate and flexible Belk Theatre, the grand Henderson auditorium, the acoustic Daniel Recital Hall, the historic Merritt Theatre, dance studios, and the beautiful downtown Chiquola Studios. Well-equipped dressing rooms are available for use in Henderson and Belk. 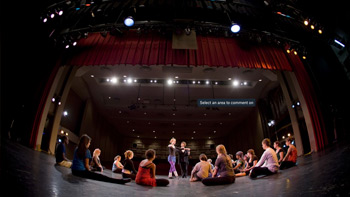 The 1000 seat Henderson Auditorium is typically used for the large, Broadway-style musical that is produced once a year in the Fall. 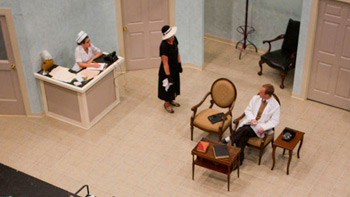 "Belk Theater is a true black-box theatre space that can be adapted into any number of configurations including proscenium, thrust, and theatre-in-the-round. It is equipped with permanent cat-walks and a lighting/sound booth. Several main-stage productions are produced in this space each year, and it serves as a classroom laboratory." 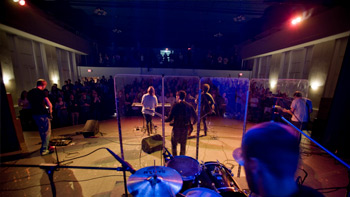 Merritt Theater is used for student showcases, such as the Freshman and Senior Showcases, and for many different acting and dance classes. It is a theater with a great deal of history and old-world charm and seats approximately two-hundred twenty guests. 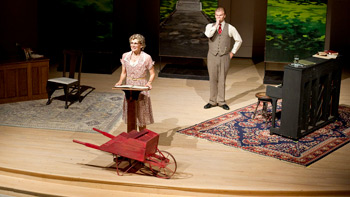 Theatre students also use the beautiful, acoustic Daniel Recital Hall for classes, auditions, and the occasional showcase or production. It is primarily a music recital hall. 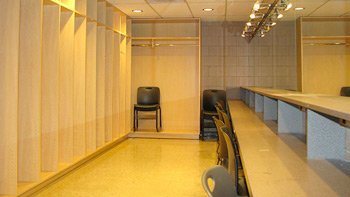 Belk and Henderson, the facilities most used by theatre students, have well equipped and carefully maintained dressing areas. 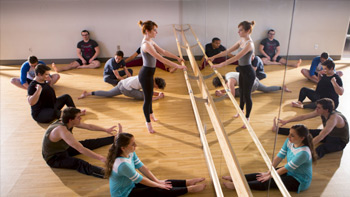 Dance Studios is a lovely space with natural light and a sprung floor. Dance classes in ballet, jazz, tap, and modern are an important part of the Musical Theatre curriculum."