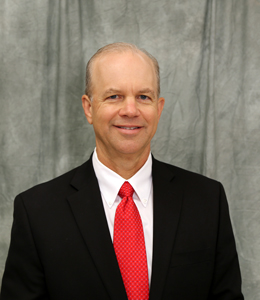 Steve Nail joined Anderson University in 2016 as the dean of the College of Business. In the time he has been here, he has redeveloped the internship program, created several mentoring programs, as well as implemented changes to the strategic direction of the business programs, including undergraduate and graduate studies. He is engaged in many corporate initiatives, Enactus activities, and serves on the Board of the Society of Human Resource Management.

Before joining Anderson University, Nail served as the Vice President of Human Resources for Hubbell Lighting in Greenville, South Carolina. He was responsible for all HR-related matters for over 30 Hubbell manufacturing facilities and two corporate headquarter buildings.

In 2015, Governor Haley appointed him to serve a multiyear term as a member of the South Carolina Health Planning Committee. He is also the current Chairperson of the South Carolina Chamber of Commerce HR Committee and is an Advisory Board Member of Vantage Point, a nationally recognized B2B marketing company.

Prior to joining Hubbell, Dean Nail was the VP of Labor and Employee Relations and Assistant General Counsel for Michelin North America. He began his career with the National Labor Relations Board where he held the positions of Field Examiner and Trial Attorney. During his tenure with the Board he investigated over 600 unfair labor practice charges, worked on over 100 union organizational campaign cases, wrote more than 30 decisions on behalf of the Region Director and tried numerous cases in front of Administrative Law Judges on behalf of the Board.

Dean Nail's undergraduate degree is in business with a double major in finance and economics. He has a law degree from the University of Baltimore School of Law. Nail holds both the SHRM-SPC and SPHR certifications and a Registered Corporate Coach certificate from the Worldwide Association of Business Coaches. He actively coaches and mentors individuals on business and life issues. His first book, Path to Fulfillment was recently published.

Dean Nail and his wife, Cathy, have two children and four grandchildren.